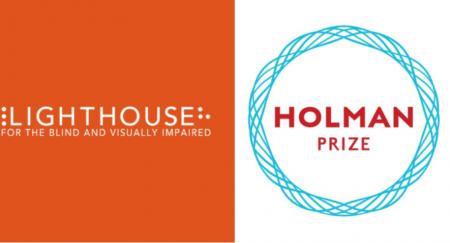 Local startup Gateway to Elation was named among three winners of this year’s Holman “LightHouse for the Blind and Visually Impaired” Prize. The prize was launched in 2017 and awards up to US$25,000 to three people with sight impairment US$25,000 if they have “ambitious ideas that will challenge misperceptions about blindness worldwide“.

Gateway to Elation fits into this criteria because it is a platform that aims to equip visually impaired Zimbabweans with the skills which will make them knowledgeable, independent and socially active.

Gateway to Elation will use the funds from the Holman Prize to provide computer, orientation & mobility and social skills training to blind Zimbabweans in rural locations. Robert Malunda, the founder of Gateway to Elation, says he personally visited sites in rural areas where there are no government services and this endowment will go a long way to bringing inclusivity.

My name is Robert Malunda. I was born sighted in Makhokhoba, Bulawayo; in south-west Zimbabwe. I was affected by glaucoma at the age of 3 and I became totally blind.

Braille textbooks were scarce so I had to depend on my sighted classmates for most of my academic needs. In 2011, a penfriend sent me a laptop from the UK and I began training myself computer use with a voice synthesiser. That opened a gateway to a lot of opportunities for me because I could now read books and access information on my own.

With the help of a blind friend, I began to train myself orientation and mobility skills and cane usage. This made me get out of isolation, it made me go far and wide. For example, in 2015, I won a scholarship for studying in India. I was at kanthari – International Institute for Social Change, which is located in Kerala, south India. It offers a 12 month, scholarship based leadership program for visionaries who have overcome adversity and who are keen to drive ethical social change anywhere in the world.

I strongly believe blind people need the above mentioned skills in addition to social interaction skills so that they are able to acquire knowledge, be independent and get out of isolation. Gateway to Elation is the social venture which I want to use to bring these to all blind people in Zimbabwe.

You should also check out

Earlier this year we had a conversation with Aidan Gamble from Inclusive Access Zimbabwe on the challenges affecting the visually impaired community in Zimbabwe and how the digital divide in the country can be bridged.