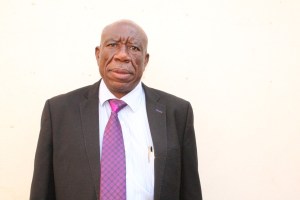 Security commanders will be summoned to Parliament over an increase in armed robbery cases involving serving and discharged members of the uniformed forces, Business Times can report.

Armed robbers have been wreaking havoc across the country in the past few months with Home Affairs minister Kazembe Kazembe recently telling a Zimbabwe Republic Police senior officers conference in Harare that the rise in cases of armed robberies was scaring away foreign investment in the country.

A member of the parliamentary portfolio committee on Defence, Home Affairs and Security Retired Brigadier General Callisto Gwanetsa told Business Times the committee felt the issue of armed robberies has to be addressed urgently since it now involves members of the uniformed forces.

“This is a very topical issue, we have compiled all robbery incidents involving members of the security sector. I have been communicating with the Chairperson of the committee (Retired Brigadier General Levi Mayihlome), and we intend to call in the commanders so that we get to understand what could be the motive,” Gwanetsa said.

He added: “We know it is going to cause a lot of talk among parliamentarians and society as a whole, but we are saying we cannot just look and watch as things unfold like that and we will sit as a committee to try and find out what is going on and what could be the solution to that problem”.

The former 2 Brigade Deputy Commander said another driving force to this spat of robberies could be poor remuneration and failure to get what they were promised.

“The problem is very simple, it hinges on the financial aspect, it hinges on the fundamental issue of conditions of service the security personnel, that is what is driving them to do this but once we talk in terms of such issues, how best do we resolve it, do they get enough of what they have been promised,” he said.

Business Times reported last month that Zimbabwe is flooded with unlicensed guns and some police officers were recently arrested for allegedly selling firearms to poachers and armed robbers.